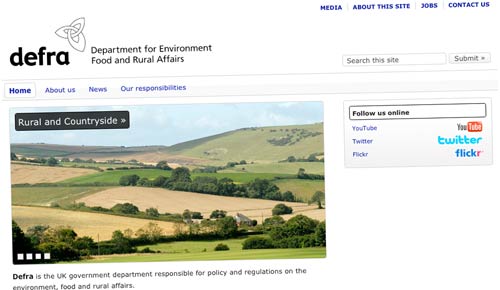 So many new websites appearing at the moment, you’d think it was the end of the financial year or something. The new DIUS site is very pretty, although I hear it wasn’t cheap. There’s a new site for the Ministry of Justice, which (if I’m totally honest) feels a bit dated, and clearly has several rough edges still to be smoothed. The new Parliament site looks really fresh and welcoming, putting its WordPress-powered news function front and centre… although when it comes to Hansard, probably its primary raison d’etre, it still can’t come close to TheyWorkForYou. I’m not particularly fond of the new Civil Service site overall, but it’s good to see them trying some new things.
But one launch you may well have missed amongst all these big splashes is the Law Commission’s consultation site. It doesn’t look much, but it’s notable because:

Having met him at last year’s WordCamp, I introduced Mike to a few government people last year, and I know he’s been doing a few WordPress jobs with Whitehall clients – but this is the first one (I think?) where he’s gone on record to take his credit. So I can finally say how fantastic it is to have him on the team, as it were, further adding to the credibility of WordPress in the government space… and I’m hoping we can find a few opportunities to work together.