Reported by the Telegraph today:

Those applying via computer or mobile phone for services ranging from tax credits, fishing licences and passports will be asked to choose from a list of familiar log-ins to prove their identity… Under the proposals, members of the public will be able to use log-ins from “trusted” organisations, chosen to appeal to as wide a demographic as possible, to access Government services grouped together on a single website called Gov.uk… A user logging onto the site by phone would be asked to choose to select from a logo from one of the trusted brands, such as Facebook.

Two days ago, on the blog of email newsletter service MailChimp:

[We were convinced] that adding social login buttons to our app were essential to improving our depressing failure rate… I was shocked to see that just 3.4% of the people that visited the login page actually used Facebook or Twitter to log in.
Even a 3.4% drop in failures is worth having them there, right? Maybe not… Do you want to have your users’ login credentials stored in a third-party service? Do you want your brand closely associated with other brands, over which you have no control? Do you want to add additional confusion about login methods on your app? Is it worth it? Nope, it’s not to us.

Slightly more exciting than the headline might suggest… Richard Allan, the former LibDem MP who chaired the Power Of Information Taskforce has been hired by Facebook. The Guardian reports that he left his job as Cisco’s head of European regulatory affairs ‘to lead [Facebook’s] efforts in lobbying EU governments.’ Allan hasn’t had a lot to say about the move on his own website, apart from a Twitter reference to starting a new job.
As for Facebook itself? – if you try to access the obvious vanity URL, facebook.com/richardallan, you get forwarded to /richard.allan (note the dot), which is someone else entirely. Nice touch, Facebook HR. 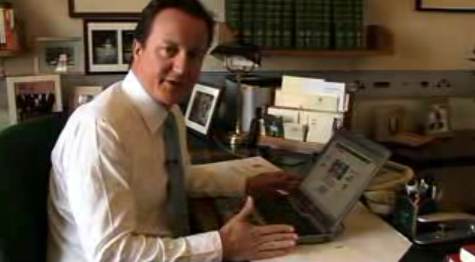 LibDem MP for Hornsey & Wood Green, Lynne Featherstone was one of the first MPs to start blogging, back in October 2003; she now reckons she’s the , having tweeted (?) for the first time this morning. You’ll find her at twitter.com/lfeatherstone.
Of course, it all depends on your definitions. As Stuart Bruce will testify, Alan Johnson’s (ultimately unsuccessful) campaign for Labour’s deputy leadership used Twitter although never strictly for MP-related business; and someone has posted a few tweets under the account ‘GordonBrown‘ – one or two of which, I have to say, made me laugh out loud.  Plus our own Justin Kerr-Stevens has dragged a few ministerial statements into the Twitterverse by proxy, courtesy of his twitter.com/hmgov RSS mashup.
Twitter seems to be everywhere suddenly, just at the moment where Facebook (for me at least) has gone deathly quiet. Hitwise analyst Robin Goad presents plenty of data on the supposed slowdown of Facebook’s stellar growth in the UK, but doesn’t attempt to draw a definitive conclusion.
The points I made in a piece back in January seem just as valid now, and I’m seeing a lot of people making the same switch from Facebook to Twitter. It actually came as a bit of a shock when I spotted just how many friends and contacts were following my Twitter updates, especially when I’d done nothing to promote their existence.
Organisations would do well to look at how Twitter can slot into their online comms approach. It could be as simple as a sequence of ‘new news release’ alerts to a specific Twitter account. Not strictly in keeping with the medium’s personality, but better than nothing. And anyway, if it’s a well written news release, the first sentence should stand alone as a summary – and should therefore be perfect as a ‘tweet’.
Insanely late update: just for the record, it looks like Lynne was actually beaten by Tory MP Grant Shapps. Lynne joined on 22 March; Grant joined a fortnight earlier.