Can’t help but mention the sites.usa.gov project being run by the US General Services Administration, offering ‘a shared service to help agencies focus on creating great content rather than on building systems to deliver that content’. No charge initially, but looks likely in due course. And yes, of course it’s running on WordPress.

By providing agencies with a content management tool that is up-to-date, supports open content, is secure, compliant and hosted, we can help government agencies meet the goals of the Digital Strategy: to enable the American people to access high-quality digital government information and services anywhere, anytime, on any device. You concentrate on carrying-out your mission and engaging with citizens, we do the infrastructure lift.

Can’t argue with that. Nor would you expect me to, having advocated precisely such an approach for at least four years.

In the week that the big news story is about a large corporation well used to allegations of monopolistic behaviour (like this one), and its attempts to build relationships with those formulating government policy, in areas where a certain decision could be to its distinct commercial advantage…
I draw your attention to a post on the GDS blog, describing itself as an ‘important update’, written this evening by Liam Maxwell.

On 4th April 2012, Dr Andy Hopkirk facilitated a roundtable on behalf of ICT Futures on Competition and European Interaction. […] At the time he was engaged to facilitate the Open Standards roundtable, while we were aware that he represented the National Computing Centre on the Microsoft Interoperability Executive Customer Council [..] he did not declare the fact that he was advising Microsoft directly on the Open Standards consultation.

This all appears to have been sparked by Mark Ballard’s report, declaring the event to have been a ‘triumph’ for the ‘proprietary lobby’, and some pretty heated debate in the ensuing comments. Ballard himself adds in the comment thread:

Hopkirk is himself a cohort of MutKoski, Parker, and Brown. They are all members of the OASIS Transformational Government Framework Technical Committee, an unusual policy lobby unit that is sponsored by Microsoft. All have been critical of either UK government policy or its objectives and have specifically opposed defining elements of the coalition government’s open standards policy.

Dr Hopkirk was given a right to reply, in which he declares:

I do have a longstanding relationship with Microsoft purely on the basis of my consistently neutral, pragmatic, end-user oriented and supplier-agnostic perspective. I have supported, and continue to support, open markets, open standards and free/open source software for their contributions to furthering interoperability and IT market competition. I have not been asked to publicly or privately support any client brief or position in the government consultation.

Regardless, Maxwell has done the right thing, by declaring that ‘any outcomes from the original roundtable discussion will be discounted in the consultation responses’. The session is to be re-run, and the consultation deadline extended.
Didn’t I tell you this stuff was dynamite?
[Disclosure: I have worked for both BSkyB and Microsoft in my past. I do not do so currently. I cancelled my Sky Sports subscription a year ago. My main computer these days is a Mac. I’m writing this on a Linux machine. My belief in open standards is well documented.]

During the past few years the “live page” format has become a regular feature of our coverage around big breaking stories. The format has been a big success in terms of usage, so we’re thinking about what more we could do with it. We think the pages are not necessarily just about breaking news – they are also a real-time showcase of the best of what we (and others) are doing.

A ‘breaking news blog’, in my book, should look and feel more like Twitter. Activate it when a huge story breaks – maybe only a couple of times a year, maybe a couple of times a month. Short snaps of maybe only a couple of lines, written in an informal tone. Pretend you’re MSN-ing a friend. Be prepared to be vague – read between the lines if necessary, and don’t be shy about getting it wrong. Stream of consciousness, if you like, and proud of it. I haven’t yet seen any news organisation doing this systematically… but if they have any business in breaking news, then they should be.
I’ve also got an early idea for a ‘news jockey’ role, writing a running commentary on the day’s news blog-style. The USA Today thing is probably the closest comparison, but I’m thinking of something slightly different. It calls for a certain style of writing, and a certain style of writer, but I think it could be a winner.

Earlier this week, the Foreign Office rebuilt its blogs.fco.gov.uk site. It doesn’t look much different. But the screenshot above isn’t the significant one. The one below is. 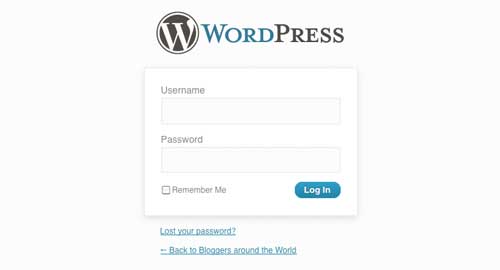 Yes, after some gentle encouragement on the pages of this blog, it’s great to see the Foreign Office moving off the Apache Roller blogging platform – What, you’ve never heard of it? Exactly. – and on to the blogging platform of choice, WordPress.
Like a lot of government projects, the brief has clearly been to keep the visuals almost exactly as-was. But Steph Gray has rebuilt the site using an HTML5-based theme, deployed on a multisite setup at Bytemark (by the look of it), and has managed to migrate 50+ blogs’ worth of content too.
I can see a few things we’d have done differently – notably around non-English content. But as Word Up Whitehall attendees will have heard, Simon Wheatley and I have been concentrating on precisely that subject for most of the past few months, so we’re probably deeper into it than most.

And so the highest-profile blogging platform in Whitehall comes over to WordPress, joining similar efforts at DFID (launched Oct 2008), Health, DECC and BIS. Well done to Ross & co for doing the right thing. You know it makes sense. That really only leaves the MOD…

I’m getting increasingly annoyed by the current IBM advertising campaign: ‘what makes you special?’ Here’s the one thing I’ve learned building countless websites for large organisations – you are not special. 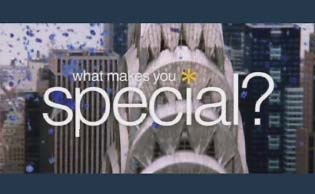 More or less everything you want out of your new website, or your new CMS, is more or less what more or less everyone else wants. Accept that, use what comes ‘off the shelf’, and you’ll be up and running in no time. But if you insist on being different, and customising the off-the-shelf solution to the nth degree, you’ll spend unjustifiable amounts of time and money, for which you’ll almost certainly never see a decent return.