Well done to Richard Parsons at edemocracyblog for extracting (via FOI) the proposal submitted by Directgov to the newly created government ‘skunkworks’ for building the new government e-petitions system.
The project’s objective is ‘to allow UK citizens to submit petitions to Government, and particularly to be able to petition for parliamentary debates on any subject they chose, subject to the overall governance arrangements required by No 10 / Cabinet Office.’ With the commitment to debate any petition attracting over 100,000 signatures in Parliament, they’re expecting traffic levels to be ‘much higher’ than the Downing Street e-petitions site that went before. They’re proposing a development cost ‘upwards of £55.2k’ (at a £600 day rate, I note), and annual running costs of £86.2k for ‘light touch moderation’.
On the technical side, they’ve explicitly specified that it should be ‘developed using Open Source technologies’ – specifically a LAMP stack of Ubuntu, Apache, MySQL, and PHP – although there’s no explicit commitment that the petitions code will then be open-sourced itself. Hosting is to be ‘in the cloud’, with a passing reference to Amazon S3 and the existing (‘underused’) Cabinet Office setup.
I can’t add much to Richard’s further analysis of the document’s contents; but I will note that it’s one of the first public airings of a full-on skunkworks ‘brand’ – which doesn’t appear to credit the name ‘skunk works’ as a UK registered trademark of Lockheed Martin, only to be used with ‘prior written approval‘. Hmm.

Confirmation today of a promotion (of sorts) that’s been rumoured for the last couple of weeks at least: Joe Harley CBE, DWP’s corporate IT director since 2004, on a salary just short of a quarter of a million a year, is to take on the CIO role vacated by John Suffolk.
As with many of the recent CIO changes, it’s what you might call a reverse job-share: he keeps his DWP job, in which he’s been credited with ‘carv[ing] £1.5 billion from operational costs’. Tony Collins at Computer World UK suggests he won’t be taking any extra salary for the added responsibility.
But then again, and to put the two roles in some kind of context, Suffolk’s salary was around £210k, as opposed to Harley’s £250k. So it’s debatable as to whether it’s even a step up the ladder.
The Cabinet Office press release doesn’t say anything to increase my excitement at the news:

Joe Harley will be able to call upon a dedicated team in the Cabinet Office to implement the Government’s Information and Communications Technology (ICT) agenda for data centre, network, software and asset consolidation and the shift towards cloud computing. This will realise financial savings, increase flexibility and reduce development timescales and risk. He will work closely with Chris Chant, the Government’s digital director, and also be able to call upon the commercial, procurement and programme management capabilities in the Cabinet Office to improve the delivery and cost effectiveness of government ICT projects.

Zzzz. Oops, sorry. Where we we? Ah, yes. You can easily see how he might be perceived, to quote Tony Collins’s piece, as ‘a cut-price part-timer’, and it’s hard to imagine how much spare time he has to devote to these extra responsibilities. But those who know him say he’s an amiable straight talker, as you might expect given his Glasgow roots – Celtic fan, by the way – and he’s certainly done a lot to cut DWP’s IT spending in his time there.
More interesting, though, is the press release’s reference to the recruitment of a ‘Director of ICT Futures’:

This role will be responsible for implementing new ways of designing and developing systems using agile methods and skunkworks environments; increasing the drive towards open standards and open source software; change the terrain for SMEs to enter the government marketplace; and maintain a horizon scan of future technologies and methods.

On the face of it, that’s quite a bold job description. Note the plural skunkworks environments, and the explicit commitment to a ‘drive towards open standards and open source software’. DCMS and DCLG CIO Mark O’Neill has been tasked with driving things forward in those areas up to now, and he spoke at Word Up Whitehall about some of the initiatives he was trying to kick off in that space: this new role should provide some very welcome high-level backup.

The Cabinet Office’s latest structural reform plan admits that they’ve missed the November 2010 target for establishing a ‘government skunkworks’… but there is progress to report.

Good progress has been made on IT skunk works with development lead appointed, a concept developed and a CIO-Council led initiative in place to help shape development of skunk works as part of their remit to set the way ICT projects and programmes are planned, designed, procured and managed.

No actual date, though. Anyone know who the development lead is?

I think I had my first Mr Kipling’s mince pie of the festive season as long ago as September. Yes, it had the festive holly on the top; and amusingly, it had a best before date well before 25 December. But now, with two doors open on the advent calendars, I can now confirm it’s officially December. So where’s our IT government skunkworks?
As I noted back in June, the project to form a crack IT development team at arms-length from ‘proper’ IT, action point 1.12.iv to be specific, was due to be completed by the end of November. The transparency.number10.gov.uk website is still listing it as ‘in progress’, due for completion in November.
So I’m grateful to Mark O’Neill for tweeting me in the direction of this event next week at the Institute for Government, which promises ‘an opportunity to explore the Skunkworks project – an initiative from the Cabinet Office being rolled out to develop faster and cheaper ways to develop IT applications.’ Mark will be speaking at the event, as will DWP’s Steve Dover, and a representative of ‘Agile specialists’ IndigoBlue (whose website runs on Drupal, by the way). 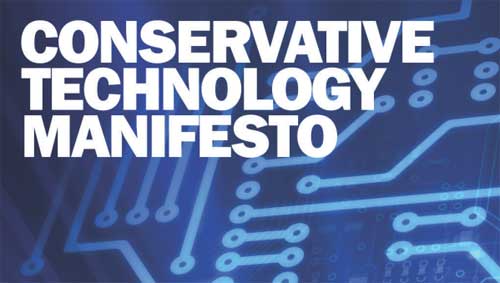 If there’s one commitment in the Conservatives’ Technology Manifesto, billed as ‘the most ambitious technology agenda ever proposed by a British political party’, which makes my heart leap with joy, it’s this:

We will also create a small IT development team in government – a ‘government skunkworks’ – that can develop low cost IT applications in-house and advise on the procurement of large projects.

For those unfamiliar with the term, ‘skunkworks’ was devised by aircraft maker Lockheed Martin – and is still jealously guarded by them as a trademark. It describes a small, almost secret unit within a large organisation, protected from all the internal bureaucracy, and given carte blanche to be creative. Among Lockheed Martin’s 14 rules for its operation are:

All very ‘web 2.0’… until you learn these rules came together in the 1940s.
I detect the influence of Tom Steinberg. Eighteen months ago, at MySociety’s 5th birthday celebration, Tom gave a speech in which he said:

So long as the cult of outsourcing everything computer related continues to dominate in Whitehall, and so long as experts like Matthew [Somerville] and Francis [Irving] are treated as suspicious just because they understand computers, little is going to change.
Government in the UK once led the world in its own information systems, breaking Enigma, documenting an empire’s worth of trade. And then it fired everyone who could do those things, or employed them only via horribly expensive consultancies. It is time to start bringing them back into the corridors of power.

But equally, as I argued at the time, bringing those kinds of people back into Whitehall and then dumping them inside IT departments wasn’t going to help either. This skunkworks concept – where you’re effectively a startup within the organisation – should offer the best of both worlds.
I’ve been one of numerous people – inside and outside government – who have suggested such an approach in the past. And no matter how positive a hearing the idea received, it didn’t happen. Its time may well be coming.
My suggestion is that this unit needs to be created very, very quickly after the election. I remember the uncertainty and sheer chaos which followed the handover from Tories to Labour in 1997. Radical, dramatic, shocking, good things happened. For a while, you went into work each day not knowing what was coming next. It was magnificent, wonderful chaos – for a while.
There’s also a specific paragraph on government websites:

The Conservative Party believes that government websites should not be treated like secure government offices or laboratories, where public access is to be controlled as tightly as possible.
We see government websites as being more like a mixture of private building and public spaces, such as squares and parks: places where people can come together to discuss issues and solve problems.
Where large amounts of people with similar concerns come together, for example filling in VAT forms or registering children for schools, we will take the opportunity to let people interact and support each other.

Again… Mr Steinberg, I presume? I’m not sure quite what that’s getting at; discussion forums? opening up Sidewiki-esque comments on ‘standard’ pages? (That idea was first aired at the 2008 Barcamp.)
There’s a commitment to ‘a level playing ?eld for open source IT’: welcome words, but we already have an on-paper commitment to a level playing field… or arguably, ever-so-slightly slanted in favour of open source. I haven’t changed my mind since January this year, when I concluded that we need a ‘specific high-profile victory for Open Source, to give it real momentum in government’. And those mythical 100 Days could be the time to deliver that.
Elsewhere there’s confirmation of notions already floated: transparency of senior salaries and contract spending, a ‘right to data’, online publication of expenses claims at Parliament and council levels, and so on.
In some aspects, there’s little to separate the rhetoric between Labour and the Tories. But whereas Labour has had the opportunity to make ambitious changes happen – and hasn’t always taken them, you get the sense of energy and ambition in the Tories’ promises.
There are specific actions and measurable commitments in this document: and it must be said, there’s evidence of the Tories practising what they’re preaching – use of WordPress and Drupal, publication of government IT policy (admittedly, someone else’s) in commentable form, publication of front-bench expenses via Google Spreadsheet.
Things could be about to get very, very interesting.