If I take one thing home from my trip to Oslo, it’s the fact that we’re all seeing the same opportunities, and facing the same hurdles. Today’s day-long seminar on innovation in and around government kept coming back to freeing up public data – oh, including maps. Sound familiar, anyone?
The opening session was Hakon Wium Lie, CTO of Opera (and the guy who invented CSS), making the case for freeing up taxpayer-funded data. As it was in Norwegian, I didn’t get much of it: thankfully, it was essentially the same content covered in this article (complete with Google translation).
I talked about the UK experience of openness, open source and consultation: lots about WordPress, Commentariat and activism – familiar stuff to readers of this blog. With the Smarter Government paper on Monday, all the social media activity around Copenhagen, and the Tories’ forced commentability on the leaked IT strategy, I wasn’t short of timely examples!
Then it was Nikki Timmermans from the Netherlands, talking about their education ministry-backed Digital Pioneers fund which has supported 150 projects since 2002. I was particularly taken by one particular project they funded: effectively a ‘dating service’ for their MPs… by which I mean, it tries to match you with MPs who share your interests, based on voting behaviour, beliefs and background, even favourite football team. It’s an interesting challenge to the idea that the MP who best represents you is the one for the patch of your land where you go to bed each night. I wonder if it’s something we could put together in the UK?
The final presentation was by Olav Anders Ovrebo. It was in Norwegian. I didn’t get much of it. But he works for this website which is WordPress based. So clearly he knows his stuff. 🙂
After a (really very nice) sandwich lunch, we broke up into small groups for discussion. I couldn’t help feeling guilty, forcing the groups I joined to speak English; but they all coped much better than if I’d been asked to cope in Norwegian, and were too polite to complain.
Many thanks to Bente Kalsnes of social platform Origo for inviting me to participate. I hope the examples and experience I brought were useful; and I’m certainly taking away plenty of food for thought myself. 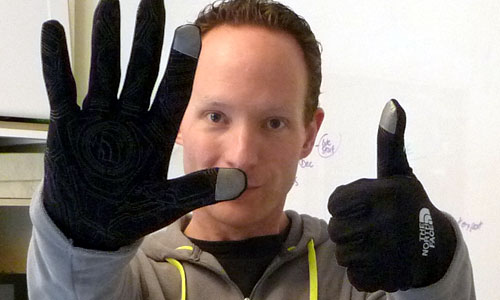