A PQ from Conservative shadow minister for the Cabinet Office, Francis Maude:

To ask the Minister for the Cabinet Office what her policy is in respect of the installation and use of (a) Internet Explorer, (b) Firefox and (c) Opera website browsers by Government departments.

To which Angela Smith replies:

Government policy regarding installation and use of web browsers is that all decisions must be in line with value for money requirements. In addition, the Open Source, Open Standards, Re-use strategy requires Departments to consider open source browsers such as Firefox and Opera on a level basis with proprietary browsers such as Internet Explorer.

A slightly disappointing answer on a few levels. It shouldn’t necessarily be seen as an either/or thing. A Strategy which says ‘we don’t have any specific preference’ isn’t really a strategy. Oh, and without wanting to be too picky, Opera isn’t actually open source.*
I’ve had trouble finding a copy of it online; so here’s the key section of the Opera licence:

All intellectual property rights such as, but not limited to, patents, trademarks, copyrights or trade-secret rights related to the Software are exclusively the property of, and remain vested in, Opera Software ASA and/or its suppliers.
You shall not modify, translate, reverse engineer, decompile or disassemble the Software or any part thereof or otherwise attempt to derive source code, create or use derivative works therefrom. You agree not to modify the Software in any manner or form or to use modified versions of the Software including, without limitation, for the purpose of obtaining unauthorized access to the Services or disabling features of the Software or Services.

See that bit about ‘You shall not attempt to derive source code’? Well, that’s basically the complete opposite of Open Source. We’re going to have real trouble making this debate happen if we can’t even get the basics right.
* Although, in an unexpected moment of charity, I’m wondering whether it’s actually a punctuation failure. Perhaps they meant ‘open source browsers such as Firefox, and [non-open source browsers like] Opera’? No, I doubt it too.
Update (er, a year later): To their credit, I suppose, they did issue a correction in Hansard a few days later: ‘Errors have been identified in the response given to the right hon. Member for Horsham (Mr. Maude) on 24 February 2010. The words “such as Firefox and Opera” and “such as Internet Explorer” were incorrectly included in the answer.’ – maybe this blog does have influence after all. 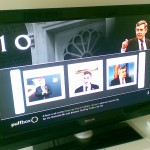 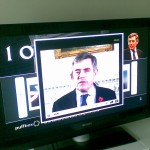