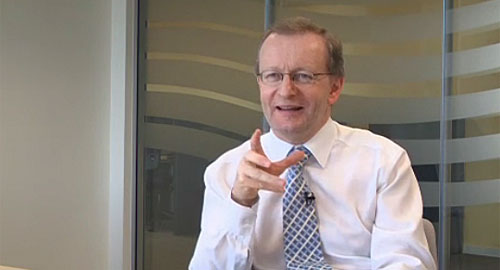 I feel obliged to report that Joe Harley’s successor as government CIO has been named. It’s going to be Andy Nelson, currently at the Ministry of Justice. The Cabinet Office announcement confirms that, as with Harley, it’ll be a ‘reverse jobshare’, with Nelson keeping his MoJ responsibilities – leaving Tony Collins wondering if the role is now ‘more titular than strategic’. Harley leaves in March.
It’s not entirely surprising, given that he was the Senior Reporting Officer for the cloud programme, which underpins the entire future vision of government IT. Here’s a video interview he gave to ukauthority.com on the subject.
The appointment has been welcomed by his new underlings. Obviously.
Meanwhile, the Deputy CIO position being vacated by Bill McCluggage has now been advertised. For a base salary of £120,000, you’ll be expected to ‘[support] the strategic development and implementation of the Government ICT Strategies, acting as the lynchpin between the various CIOs and ICT Teams.’
In the context of recent GDS salary packages, that doesn’t sound like a fantastically high sum for such significant responsibility.