Last month, the GDS blog published details of the traffic levels experienced by the new government e-petitions service in its first 100 days: 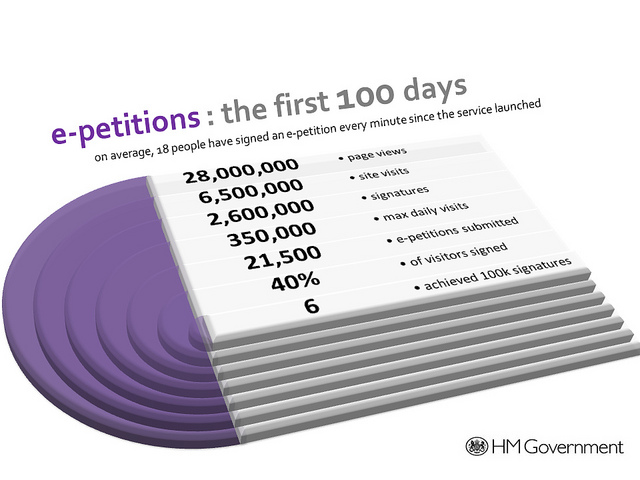 At what price? Well, that came out soon afterwards, in a PQ to the Leader of the House.

The Government’s e-petition site was designed and created by the Government Digital Service, in conjunction with the Office of the Leader of the House of Commons, at a cost of £80,700. The projected technical running cost for the first three years of operation is £32,000 per annum.

– which works out, very roughly, at around 1p per ‘transaction’ (ie petition signature). The traffic numbers were impressive in and of themselves, but it’s this calculation which matters more. A hearty ‘well done’ to the GDS team. Now, it’s over to the politicians to do something meaningful with the petitions…?

5 thoughts on “Petitions: credit where it's due”