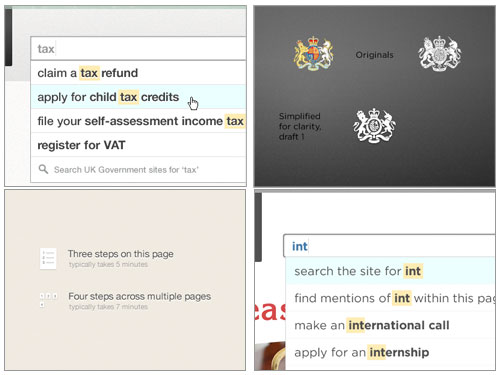 If you’re interested in where the Alphagov project is going – and if you’re reading this, you probably are – then it’s worth keeping an eye on the Dribbble account of Paul Annett (@nicepaul) – formerly of ClearLeft, now SuperniceStudio.
If you haven’t come across it, Dribbble is a social network for designers to share and discuss little 400×300 snapshots of work they’re doing: ‘Twitter for creatives’, you might call it. Membership of the site itself is free, but the ability to post snapshots is invitation-only. Designers tend to use it to showcase the little touches they’re working on: so don’t go there expecting full-blown screengrabs.
Paul is a designer; he’s putting forward ideas, not unilaterally deciding government policy. So don’t read too much into what you see… but I think it’ll give you an interesting snapshot of where the Alphagov thinking lies.