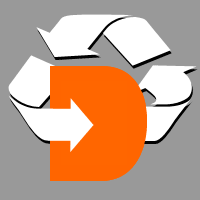 Today’s move puts new energy behind the drive to get more people and public services online. Martha Lane Fox, UK Digital Champion, will drive a transformation and redirection of Directgov as part of her role advising government on how efficiencies can best be realised through the online delivery of public services.

That’s quite a curiously worded sentence when you look at it. In terms of traffic at least, Directgov is doing well – so you could argue that a ‘transformation and redirection’ of Directgov would be breaking what has so far been a winning formula. But then comes the key word – ‘efficiencies’. I think we know what that means.
And so, Directgov continues to be shuffled around government every two years. But maybe now, with Matt Tee’s Cabinet Office government communications unit holding responsibility for all the key strands of activity, it’ll get the kind of clear, authoritative leadership it’s perhaps been lacking.
Let’s all meet up again here in 2012, and see how it went.