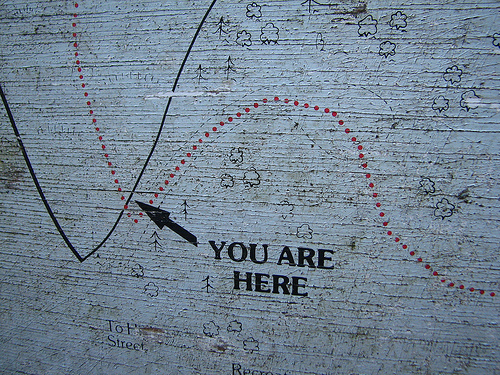 About a year ago, I ran a short experiment, with the assistance of the various misguided fools who choose to follow me on Twitter. I was intrigued by the possibilities offered by the geolocation element within Google’s javascript API. With one line of code, you could theoretically make a good guess as to where the user was physically located – and could tailor the page content accordingly. But did the theory hold up?
The answer – sadly – was no, not really. When it worked, it was brilliant; but all too often, it didn’t work. Some ISPs reported curious results; sometimes it gave an error; some ISPs seemed to block it outright. So my conclusion then was that ‘it’s not really good enough to make meaningful use of’.
One year later, and I’m working on a few websites for MPs/candidates ahead of the general election. One specific project involves a front-bencher with interests at both local and national level. It would be great if we could show local-level things to people in the constituency, and national-level things to people outside. Had the Google API improved at all?
Sadly – no. In fact, if anything, it had got worse. Mobile seems to be a particular blackspot: nobody using a phone reported a success. And the various changes in the ISP market don’t seem to have helped. We had people in Leeds and Manchester being told they were in London, and people in Reading being told they were in Glasgow.
So I’m reluctantly abandoning the work I’d done on automatic location detection. Instead, we’ll show you one view (either ‘local’ or ‘national’) by default, with an obvious method to switch to the other; and will drop a cookie each time you switch, so you’ll see the same view when you return next time.  Not a bad Plan B, really.
There’s no doubt in my mind, ‘proper’ geolocation is going to be a very big deal – but for the foreseeable future it’ll be dependent on people running the most modern browsing technology. That’s fine for mobiles; but we live in a world where IE6 still refuses to go away. (Actually… according to this source, IE6 is the single most popular browser version out there?!)
Picture: Roo Reynolds, Flickr

One thought on “Geolocation: getting worse?”