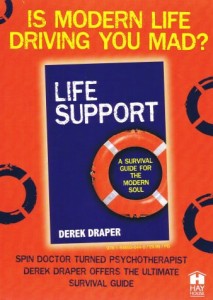 I must admit, I thought he’d gone already. But finally last night, the formal resignation of Derek Draper from LabourList. It’s very revealing.
‘Of course I regret ever receiving the infamous email [from Damian McBride],’ he states in the opening paragraph – placing the blame squarely on the sender of that email, and casting himself as the victim of the piece. If that nasty man hadn’t sent poor Derek an unsolicited email out of the blue, and if someone hadn’t (allegedly) hacked into his private emails, none of this scandal would ever have happened.
And it was all going so well up to that point, wasn’t it? ‘On a much smaller note,’ he continues, ‘I also think I got the tone of LabourList wrong sometimes, being too strident, aggressive and obsessed with the “blogosphere”.’ Much smaller? In my (professional) opinion, Draper shouldn’t be resigning for his part in the Red Rag ‘scandal’. He should be resigning for his truly appalling handling of Labour’s much-needed social media push.
So what next? Deputy editor of LabourList Alex Smith takes over, and writes a magnificent – nearly perfect – piece heralding the site’s rebirth. His opening gets straight to the (entirely correct) point:

It’s easy to forget that as the parties compete with each other for support, they all share a common responsibility to prevent public disenchantment with politics in general. 40% of those eligible to vote chose not to do so at the last election – more than the number who chose to vote for the winning party… Public trust in politicians of all parties is worryingly low, and disillusionment ultimately leads to disenfranchisement. Everyone involved in politics – including on websites like ours – has a responsibility to try to arrest this decline.

The response is a sensational U-turn in tone, including the following commitment: ‘we will positively engage with – and not antagonise – the right-wing blogosphere, starting with an interview with Iain Dale and a reader debate on policy with ConservativeHome.’
I can’t applaud this enough. As I’ve said many times before, that which unites the political blogosphere is greater than that which divides it. It takes a certain kind of person, and a certain kind of perspective, to put your opinions ‘out there’ for people to analyse and criticise. Political bloggers want to put their views across, but (generally speaking) they also want to listen to others’ responses.
If LabourList does engage directly, maturely, constructively with ConservativeHome – plus, let’s hope, LibDem Voice and others too, everyone wins. All sides can offer their opinions on the great issues of the day, under Queensberry rules (one hopes), and We The Electorate can observe and decide. Isn’t that what politics is all about?