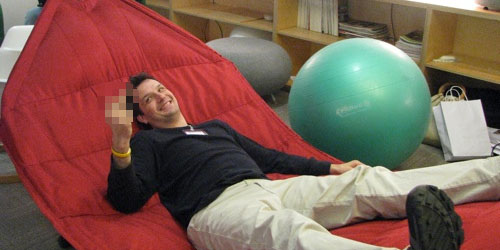 A top Whitehall civil servant has sensationally quit in protest at government’s failure to take the web seriously. Well, I’m sure someone’s going to write it up like that, so it might as well be me. 🙂
It hasn’t exactly been top secret, but ‘Whitehall Webby’ blogger Jeremy Gould has now formally announced his departure from the civil service. He’s quitting his role as head of internet communication at the Ministry of Justice, to join us on the outside as a government-specialist consultant. The post on his blog is clearly from the heart; and even though it’s no surprise to hear how he feels, I must admit I’m still a bit surprised to see it expressed so directly. And it’s curious to see someone express precisely the same feelings I had when I went solo myself.
It’s the right thing to do – for Jeremy himself, and on balance, believe it or not, for the greater good too. Good people need to be given good things to do; and particularly post-Web Rationalisation, individual departments rarely have enough substantial projects to make it worth keeping such good people permanently on the books. The System needs people like Jeremy (and myself) to circulate around, wherever and whenever we’re needed. (A point made by Nick Booth earlier this week… although I’m wondering, don’t us ‘mercenaries’ count too?) And in doing so, we see the ever-bigger picture, gain experience, and become better at what we do. I’m unquestionably better at this than when I started two years ago – and everyone benefits as a result.
But senior civil servants – and, frankly, Ministers – should heed his words. ‘Web stuff is still not being taken seriously enough. There’s been a lot of talk over the last four years of how more senior strategic web roles are inevitable, but in that time its been just talk. So there was no next move for me. I’ve also found my extra-curricular activities being scrutinised and discouraged in a way I hadn’t expected after it being benignly ignored for the first year or so.’
Government is rarely short of good people, of which Mr Gould – a good friend, and a great colleague – was unquestionably one. However, it’s never short of obstructive people who refuse to rock the boat, even when that boat is demonstrably about to capsize. Tom Steinberg talks about bringing computer-savvy people back into government; wouldn’t it be a good start to stop losing the ones you’ve already got?
Welcome (back) to the real world, mate. It’s much more fun out here. And you can actually get stuff done.