One of those ‘hidden gem’ websites: Hansard 1804-2004, which currently features the text of parliamentary business back to 1885. It’s not absolutely comprehensive, and the scanning isn’t error-free, but it’s amazing to have all this data at your fingertips. It’s very interesting to note how the site’s been set up: 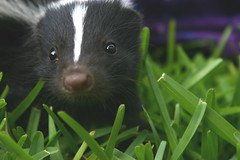 This site has been sponsored by Parliament in order to test and demonstrate user interfaces for historic data, certain functionality and for other exploratory work. … The time and resources used to generate this site have been and continue to be paid for by the House of Commons and the House of Lords. This site is not part of the official Parliament site, nor is it intended to become part of the official site in its current form. This site is supported only on a best efforts basis.

I couldn’t resist searching for ‘internet’, to see when the term made its debut on the floor of the Commons. The site quotes a 1919 reference to ‘mortgage internet’, but I guess that’s a scanning oopsie; there are several 1960s references which are also clearly dated wrongly. But the first proper reference seems to have been from Emma Nicholson (now an MEP), in February 1990, talking about computer hacking. You can tell it’s old-school, because it’s spelt INTERNET out in capitals. There’s also a 1974 reference to the theft of ‘a Ford Transit van loaded with Internet radio sets valued at £2,750’ – but it can’t be, can it?